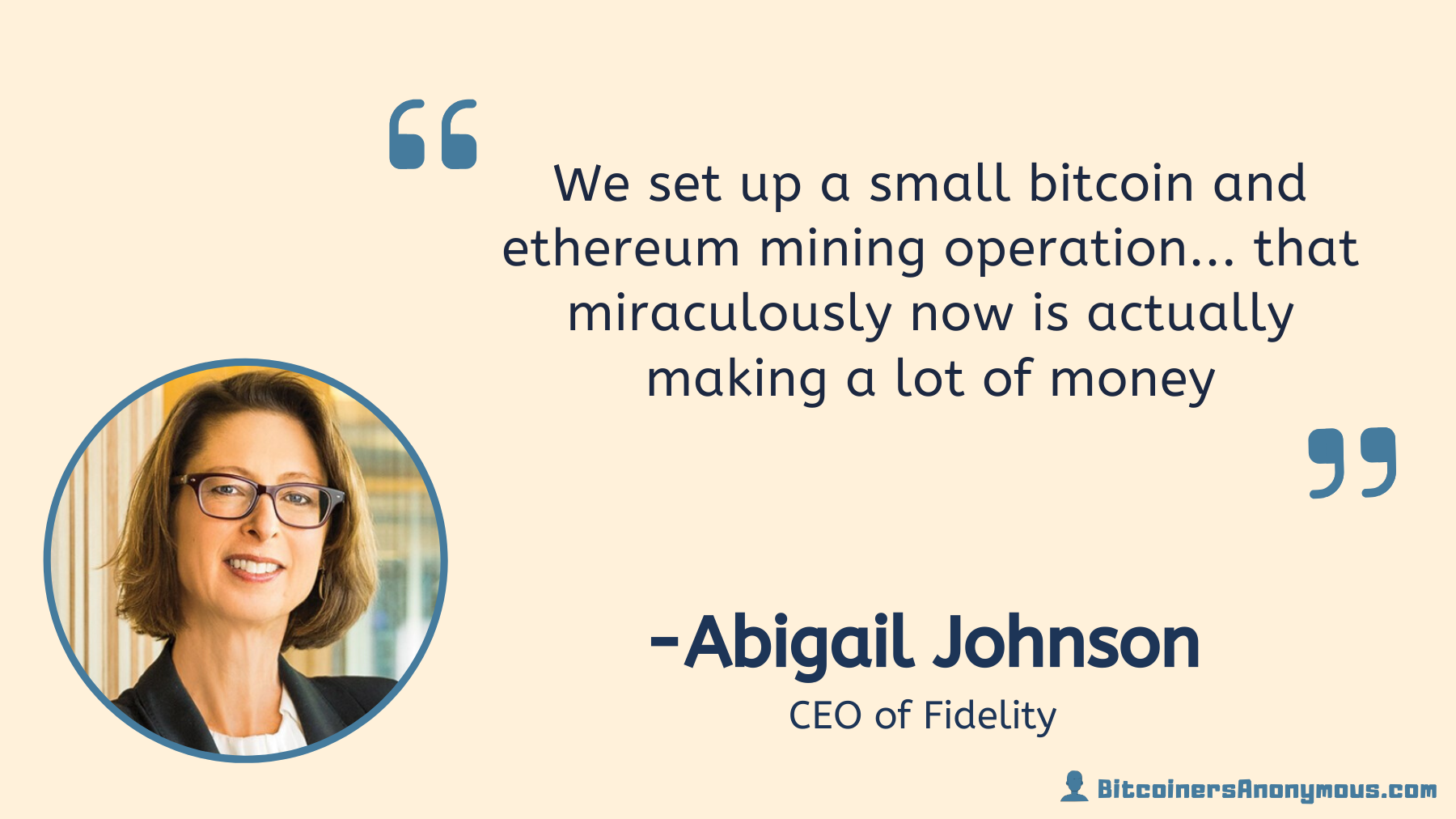 Abigail Johnson is known to be one of the world’s wealthiest women, worth approximately $16 Billion. Abigail is currently the CEO and President of Fidelity Investments. Fidelity employees 45,000 people worldwide. Abigail is a Harvard graduate, and additionally went to William Smith.

Forbes ranked Abby Johnson as the 3rd most powerful woman in the world in 2019.