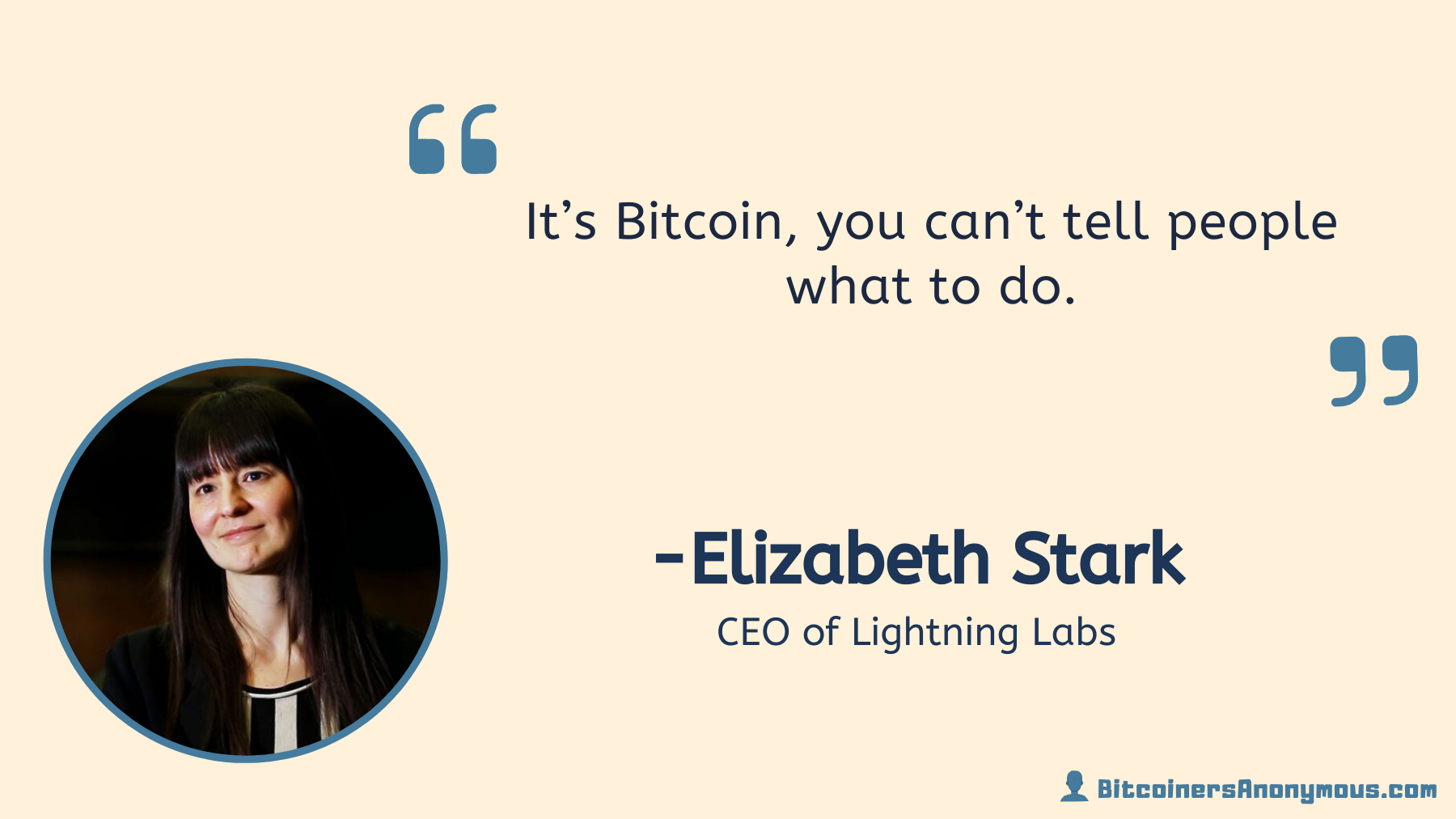 Elizabeth Stark is the current CEO of Lightning Labs, a solution to help Bitcoin scale as a means of payment. Elizabeth is currently a Fellow at Coin Center, a digital currency policy organization.

Elizabeth was born in Brooklyn and currently lives in San Francisco. She graduated from Harvard University and received a JD from Harvard Law School. Elizabeth has taught at both Stanford and Yale University.

Elizabeth is an incredibly talented Developer, CEO, and all around badass. The Bitcoin community is lucky to have her.