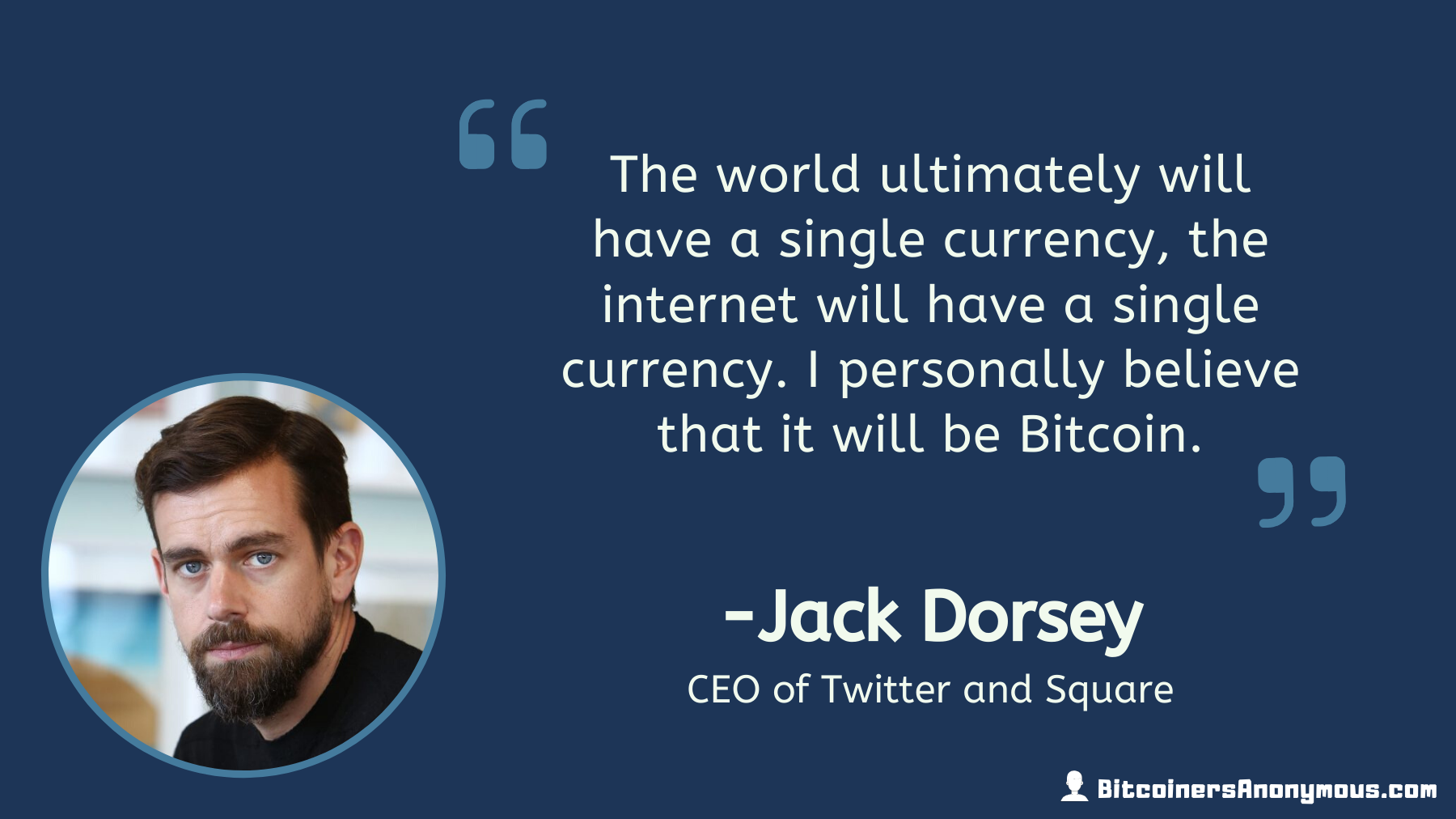 Jack Dorsey is an American Internet entrepreneur and programmer originally from Missouri. Jack is most well known as the co-founder and CEO of Twitter and Square. Jack took Twitter public in November 2013, and within hours Dorsey was a billionaire. Forbes ranked him in the top 100 Wealthiest Americans in 2019.

At age 15, Dorsey wrote dispatch software that is still used by some taxi companies. He briefly attended the Missouri University of Science and Technology and transferred to New York University before calling it quits. Jack then moved to Silicon Valley to join the tech startup scene.

Jack is known to eat one meal per day and fast regularly for health benefits.

Recently Jack has been outspoken about the need for a global currency on the internet — which he believes will be Bitcoin.