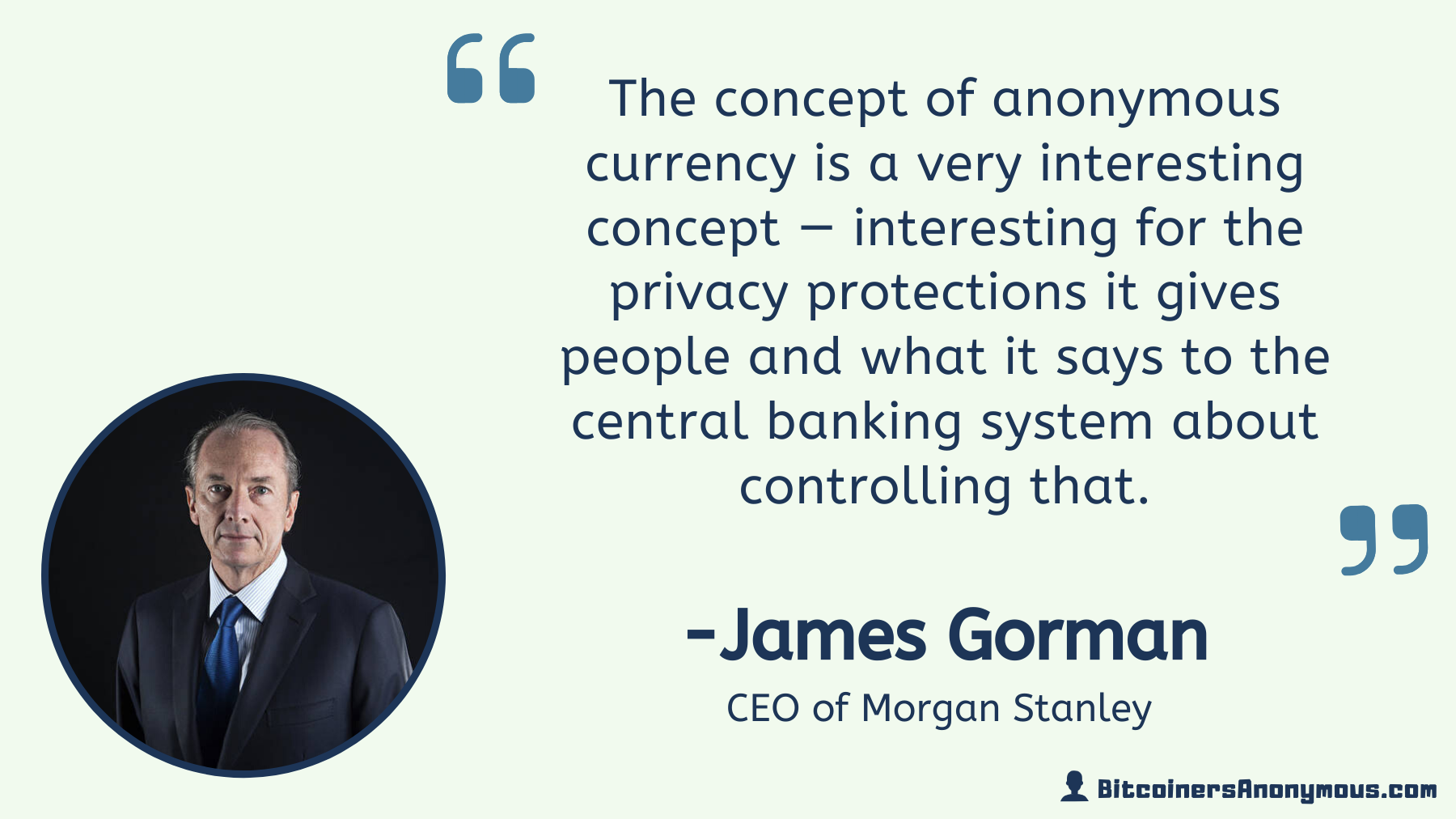 James Gorman is the Chairman and CEO of Morgan Stanley. James was born in Australia, and went to Xavier College as well as the University of Melbourne.

In 2014 James was included in the 50 most influential ranking of Bloomberg Markets Magazine.

Gorman serves on the Federal Advisory council to the US Federal Reserve Board as well as other monetary focused public and private boards.